Report a problem with this listing

Teacher Michael Hanna got his Grade 6 and 8 Rock School Guitar Certificates while studying at the Belfast Music Academy from 2011 to 2013. He also underwent teacher training during this time.

Michael has been teaching in Larne since 2012, helping many people achieve their musical goals, such as learning to finally play their favourite songs, playing in talent competitions, making their own music, playing in bands and passing their grade exams.

Michael is a member of the Elite Guitar Teacher's Inner Circle, a mentoring program for guitar teachers. 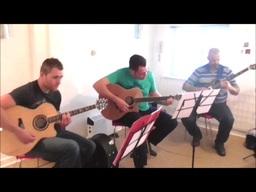 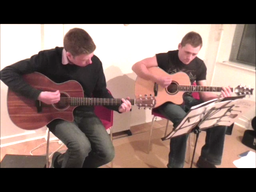 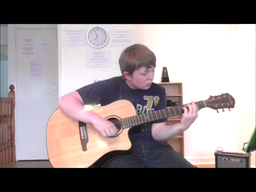 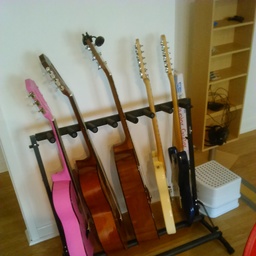 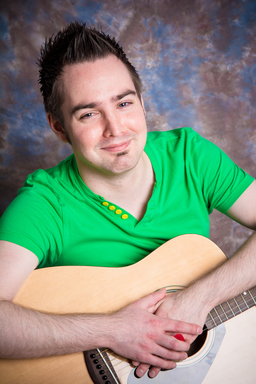 Testimonials are curated by Larne Guitar School and are not independently reviewed or verified.

"Looking to learn the guitar , acoustic or electric? Look no further , Michael Hanna is the guitar tutor who offers a professional service for a very competitive rate in the comfort of his own home. In a few enjoyable months I have been amazed at my progress from barely being able to hold a guitar to playing tunes such as the Star Spangled Banner! No matter your current level of ability Michael Hanna at LarneGuitar School will improve your guitar skills!"

"If you don't get proper instruction, you will almost certainly QUIT!"

"You'll not regret it. Just go and do it because I do believe that you stick at playing the guitar more if you're getting lessons with somebody because they'll pick up your bad habits and be able to give you pointers."

"If you come to take lessons with Michael, you end up learning stuff that you want to play, and stuff that tailors best to you. You're not learning something that every generic student learns."

"Before lessons, the guitar had been left sitting for quite a lot of years. Lessons would be more structured, and even if I only pick the guitar up a few times a week, at least I feel like I'm getting places with it."

"Struggling to teach yourself with books and the Internet? It doesn't work, does it?"

"I did try and pick things up myself from books and YouTube videos, and I found it very hard to put anything together. Michael was able to see the things I was doing wrong and look at my hand movements, and pretty much tell me how to play the guitar!"

"Get yourself the right direction from day one."

"If anyone wants to take guitar lessons, Michael Hanna is the man to come and see."

"What would you say to someone considering taking guitar lessons?"

"Do it! It's the best decision I ever made as far as learning how to play guitar. I would be nowhere near as advanced as I am now without taking lessons."

"What were you struggling with before you got lessons?"

"Setting myself goals and targets, playing barre chords and completing songs. I found myself practicing parts of songs and licks here and there, but since coming to Michael, I've actually finished songs."

"I was struggling with everything."

"Before long, I was playing things that sounded really incredible. I was so surprised about how quickly I was able to progress."

"I can play nearly everything I want now."

"I can play nearly everything I want now. I had music lessons before and didn't really enjoy them. I keep coming back because I really love them."

"My son attended Michael's school for about 2 years. He learned a lot with Michael who made the lessons both fun and informative. I have no qualms whatsoever in recommending Michael in Larne Guitar School."

"Don't sit in your bedroom teaching yourself. Have fun and achieve your goals instead!"

"I really enjoy it and I'd recommend giving it a go."

"Has your son or daughter had unsatisfactory guitar lessons in school? This is sadly not uncommon!"

"I only learnt a few chords, but the teacher wasn't very good at teaching it.

Since coming to Larne Guitar School...

I'd definitely recommend them. I think they should definitely give it a go, even if they're so much as thinking about doing the lessons."

"What Lewis enjoys about his lessons -"

"I get to learn new songs and play with other people."

"Wanna learn guitar but not sure how to go about it? Michael'll show you the best ways to do so. He will listen to what you want to do, take your own style into account and tailor lessons according to you. Learning guitar is not only easy but extremely fun with Michael. He won't overload your brain with stuff you don't need to know but instead will teach you the most effective ways of playing as well as helping you to overcome any hurdles you face and help you become the guitar player you want to be. You won't even notice time passing by, you'll be having so much fun and learning. Highly recommend Michael. He's an amazing teacher and amazing player."

"Get involved today at a fun and vibrant place!"

"Your child will have fun and become a good guitar player"

"If you ask for a song, Michael will find it, and then you can play it. And if it's a bit too hard, he'll simplify it"

"Even with a busy working life, you can find somewhere to progress on guitar."

"My chord changing is much better. I would highly recommend it."

"I'm now able to play barre chords, which was a really hard thing for me to conquer and I can play a lot more songs."

"Don't teach yourself at home in front of the computer. Joining Larne Guitar School is much easier!"

"It's easy. I look forward to guitar lessons every week."

"Show off to your family and friends!"

"It's always good just to pull out your guitar and play something and people go WOW!"

"Guitar lessons in the past have either been too simple or far too detailed, and it's about getting something in between. And I must say that I think that's what you have provided."

Offers from our Partners

Wave goodbye to monthly fees, sign up in minutes and get £75 on us!

Start your business with Tide

Get off to the best start with £75 in your new account on us!

Is this your business?!